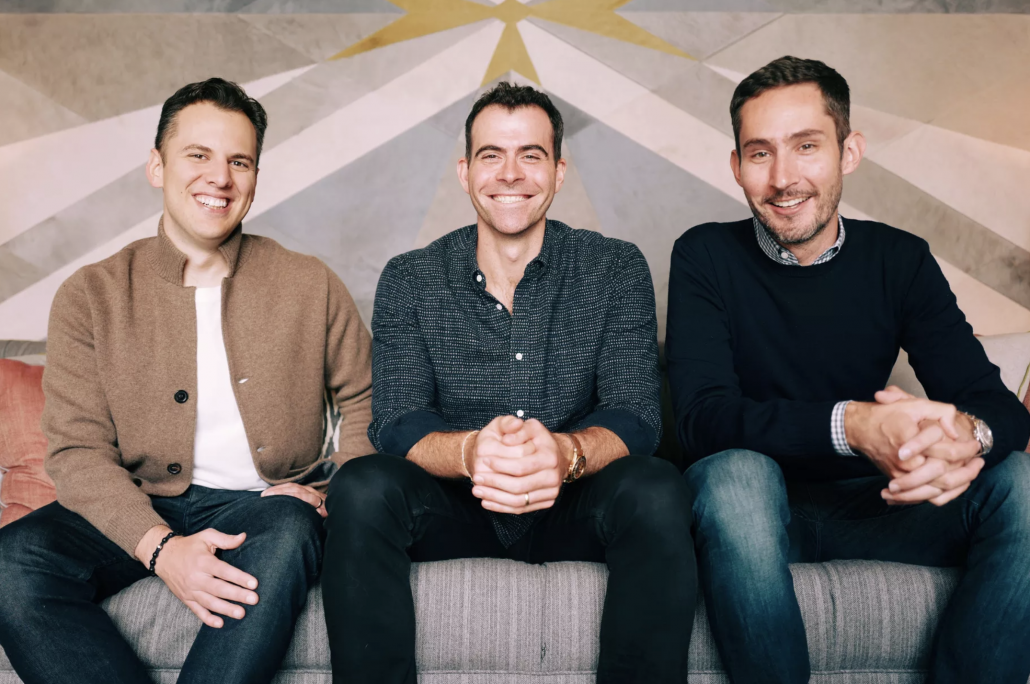 Instagram has a new boss. How does this impact on advertisers?

Kevin Systrom and Mike Krieger, founders of Instagram, whose property bought Facebook 6 years ago, have announced their withdrawal. How does this news impact on you?

Instagram is one of the most successful social networks of recent years. Does this withdrawal affect the status-quo of the network? In this article we analyze the news and its short-term implications.

Created in 2010, the first version reached a million users in a few weeks. The idea: to make it easy to take and share good photos.

Bought by Facebook in 2015, it successfully penetrated the sector: 1000M users, 500M active daily, adoption as a new universal language ("insta", "grammable", filter...) and maintains a good growth forecast (30% of all social network users in the world may use Instagram in the next 4 years).

Most importantly, it's a business success. As an advertising platform, it has doubled revenues every year since 2015. With a 2018 forecast of nearly $7B, it is expected to generate $11B in 2019. This growth is the result of an advertising model that works, and works well.

It should be born in mind that -in addition to Facebook itself and Instagram- Facebook also owns Messenger and WhatsApp. It has gathered the most widely adopted social models around the world.
This leverages one or the other both to grow individually and to maximize consolidated results.

In the last year, Facebook has suffered several setbacks. Social issues have affected its reputation, such as the appearance of the fake news phenomenon, common security problems such as the recent hack of millions of accounts or - some politicized issues - such as Cambridge Analytica, or a exchange rate crisis such as that of 25 July when, after 4 unstoppable months of growth, it fell sharply to summer levels in 2017.

On the other hand, Facebook's growth in the West has been slowing down. With almost 2.2B users, there are few western citizens left to grow with (the East is another matter) so Facebook is leveraging its ambitions for growth through Instagram.

This growth is also especially noticeable in the younger generations, related to Instagram with a perception that Facebook is from/for the previous generation. In the same way, new formats quickly adopted by young audiences (for example Stories) are consolidated in Instagram and become universal on Facebook.

We could talk here about the user experience, the boom of digital photography... but we would all agree that probably its simplicity and this "aura" of interesting people can be its capital values. The product and its network.

Quality and simplicity originate from Kevin Systrom's personal mantra. It is not a simplicity based on shortcomings but on minimalism and a focus on the essential. The story of the origins of Instagram told by Systrom himself in his interview in Masters Of Scale (his trip to Asia, the forced substitution of his reflex for a basic camera, the discovery of filters...) explains in a large part the alignment of elements that have resulted in a planetary phenomenon. The passion for excellence and the protection of this simplicity are the differential facts of the founders and the product.

It is largely the protection of this quality - based on simplicity - that sustains the appearance of new functionalities in the form of "stand alone" apps, such as Boomerang, Layout, the recent IGTV, Instagram Direct or the rumored shopping app. Doing so may seem to miss the degree of penetration of Instagram itself but, at the same time, it is its best safeguard.

The user network is the other big factor. It is said that everyone is on Facebook and interesting people are on Instagram. In other words, the people who most interest a very specific audience. With a minimally elegant content, little commercial exploitation and more connected to the human concerns of today's society (creativity, existentialism, humanity...), the special link to the Apple iPhone where the exclusive application resided during the early years is also no coincidence.

The evolution of Facebook, both in devices and user experience, has been, and continues to be, impressive, there is no other word to define it. But this fine balance between product and user network seems to be Instagram's heritage.

Why are the founders leaving?

Systrom and Krieger were involved in the day-to-day product and company decisions, maintaining a high level of autonomy. Both have maintained their withdrawal in a framework of elegance, respect and admiration towards all the dimensions and managers of both companies. Differences of opinion - existing as in all families - will be known as and when Kevin and Marc consider it time. In any case, it wasn't an expected exit.

And now... What's going to happen?

Facebook and Instagram are two models -both successful- whose identity is very different despite      their similarities as social networks. It's like comparing Al Pacino to Robert de Niro. Both are so similar, so different, so successful. It is for this reason that, in terms of media strategy, one does not replace the other, but rather that they add up.

As for the future, we have several precedents for similar situations. The death of Steve Jobs and the continuation of his legacy by Tim Cook was a great challenge that they have successfully overcome ...despite the iPhone 5c. The purchase of Star Wars by Disney with the departure of George Lucas also generated great doubts, but the announced results ($4.5B generated by the franchise in 2018 surpassing the $4B purchase cost in 2012) have confirmed Kathleen Kennedy as President of Lucas Films ...despite "Solo: A Star Wars Story". Relays at this level are always good, although new leaders sometimes stumble briefly.

The pressure to increase growth is likely to be a little more permeable now that those who compensate for gravity are gone. Even so, Instagram still has a great team of new stars (Robby Stein, Vishal Shah, Adam Mosseri, Ian Spalter...) to lead this new stage of growth.

After the moment of vertigo, we are in good hands for Facebook and Instagram to continue providing great advertising results. The kind of results today's companies need.

NOTE: At the close of this article it had not yet been announced that Adam Mosseri will be the next boss of Instagram.