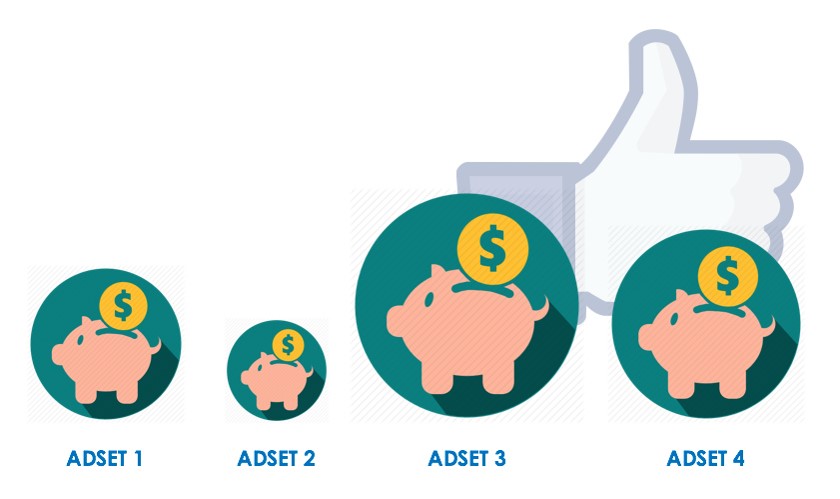 Optimize the budget distribution of your campaigns

Picking the right budget for your campaign can determine the success of it. In particular, when a campaign has multiple ad sets with different targets, we have to choose how to allocate the budget between all of them. Finding the best way to allocate a campaign’s budget between multiple ad sets can be difficult and time-consuming. Our Predictive Budget Allocation, which was initially released last summer and is integrated in our software Adsmurai Marketing Platform, uses machine learning to automate this work for you. Now you can optimize the budget allocation between different ad sets in just one click.

Once a campaign is active and has a minimum performance (normally 24 hours after its activation), the system can analyze the performance of each ad set and reallocate the budget to better-performing ads, and reduce budget to ads that are not performing well, therefore ensuring high ROI. The algorithm behind this functionality is regressive, not predictive. That means that the new allocation is determined by the performance of previous campaigns and the learnings obtained.

The algorithm is able to analyze the performance of the campaign evaluating the importance of the following elements:

CPA, CPC y CPM are metrics that evaluate performance and will help us identify the quality of an ad set and manage budget constraints between ad sets – within an individual campaign or across multiple campaigns – so that budgets are taken from the less profitable ad sets and moved to those with the highest expected return-on-ad-spend (ROAS) (and for which the budget is limiting delivery). The potential audience makes sure that budget won’t be allocated to a non delivering adset. The objective of the algorithm is not giving an optimum budget to an ad set but optimally allocate the given budget.

Budget reallocation between different ad sets according to the performance will help improving results and ROI.

1.- We should enter the campaign we want to optimize and have a vision of the ad sets and the actual performance.

2.- Once inside the campaign we have to make sure that the ad sets we want to modify are active. We can select all the ad sets or just some of them, but the minimum must be 2 in order to make a distribution.

3.- Once selected, on the right top of the screen there is a button to start the budget reallocation.

4.- When clicking, a message appears and we must indicate the new budget. If the budget of the campaign is daily, we should indicate a daily budget, if it is lifetime, then we write a lifetime budget. 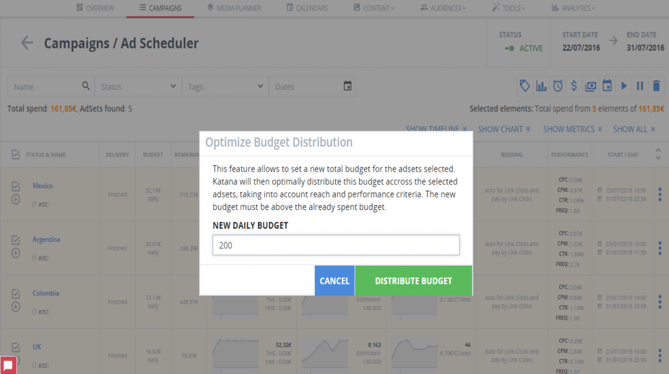 If we meet all the requirements, in less than a minute we can get an efficient reallocation of the budget. 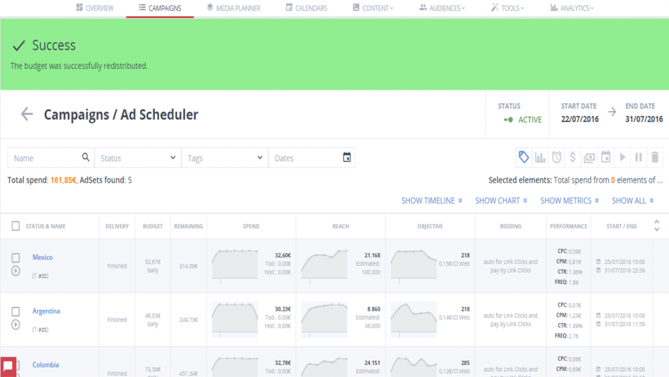 Forget about long and complicated analysis and and optimize the budget of your campaigns in just one click. Our software will work for you to get the best results.

Previous Story:
Live Streaming: how to make use of it in your social media strategy

Next Story:
Creative strategies for your social networks in the millennial era