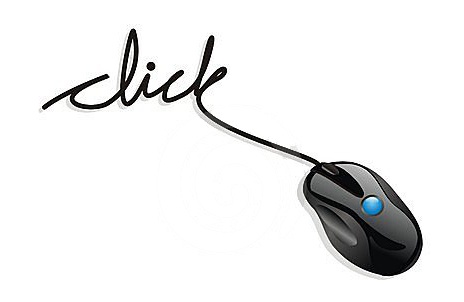 Click, click, click, click. We are surrounded by clicks. We spend our day clicking and expecting to receive clicks. On our website, e-mails, social networks… But when talking about advertising, sometimes we should stop depending on clicks because often, they don’t provide as much as we think.

According to a study from Datalogix, that takes into account more than 50 campaigns, more than 90% people who saw an ad on social media and then bought in a physical store, didn’t click it. Then, focusing on that 10%, can be misleading. 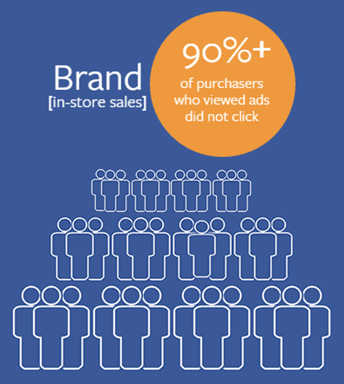 Ok, maybe clicks don’t catch most of the value, but you still think that they are the most reliable information to measure the conversions of your campaign. That fact was also checked in that study, through a fundraising campaign in the USA. The next picture shows the incremental value according to demographic data. Clicks per person are shown in red, while incremental donations are shown in blue.

We can observe how the most clickable segment is represented by people older than 65, who, on the other side, don’t donate. Real donations, and in consequence the results of the campaign, come from male between 34 and 54 years old. Once again, if we optimize our campaign for the segment who clicks the most, we would exclude the segment that donates the most.

Once here, how can we know which indicators are reliable? The solution is easy. We must trust people, not clicks. This way, you will take control of your campaigns, you will reach the correct audience, in the right frequency, personalizing your message and optimizing your goals. In addition, you will be able to make integral measurements with the right measurement solution based on people.

The main measurement methods are: reach, brand awareness and reaction. Then, if your goal is to improve your brand perception to generate in store sales, the solution is optimizing to get a greater reach and a lower cost. In addition, you will take advantage if you bid for reach instead of interactions. The Reach and Frequency tool is the right one to fix your reach in advance.

At the end, how can we measure the real results of our campaign? Besides conversion reports, there is a practise that measures results in an easy way. We divide our target on Facebook randomly in two equivalent groups: experimental group and control group. When we start our campaign, we will only show advertising to the experimental group, excluding the control group. From here on, we can observe the incremental sales in both groups and the difference between them will show the real impact of the campaign in the conversions.

And voilà! Making a campaign based on people we will get real data and a better optimization.

Next Story:
5 million for an ad?